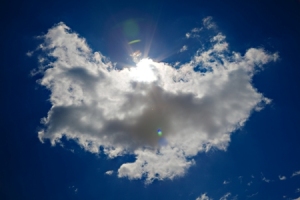 Christian tenets very specifically appeal to emotions and ethics, with very few appeals to logic. To be a Christian is to be a good person, deserving of an eternal reward. One’s perpetual state is undeserving of this reward, so membership and following the rules are part of receiving that reward. Failure is not an option; eternal torment awaits people who disobey. Leaving that behind often requires much more than just deciding one doesn’t believe Christian teachings.

Here in the South, realizing you don’t believe in Christianity is more than just leaving a religion. Social networks, public status, personal safety, mental well-being – these are just a few of the risks a person will take if he or she admits to not believing anymore. It’s also a scary time, because it isn’t exactly easy to find new friends and acquaintances to help people through the process. Even if a person can make it out with some semblance of sanity intact, there are constant reminders of old beliefs hanging on church signs, billboards, street signs, and many other places people advertise.

There is more than just reason involved in recovering from faith.
Without places online for me to read and lurk, without people who were kind enough to offer encouragement, I don’t know if I could have made it through the process as relatively intact as I had. Indeed, there are many days when I recognize that the therapy and treatment I have for depression and anxiety have also had the residual effect of assisting in my recovery from faith. All of these resources were found by accident. Realizing that kind of frightens me.

There are still too many places where people who doubt don’t have the ability to rid themselves of the additional hooks religion sinks into their flesh. Quite frankly, atheism, agnosticism, deism, and theism are conversations for the people who have the luxury of not being confronted with petty behavior on a daily basis. Arguments are not healthy for people who are just leaving their faith because they’re going through so much more than a realignment of their core beliefs.

I think that’s what’s affected my tone here over the years.
No matter how bad of an episode I have, eventually I remember that I once needed a safe place to just unwind from the trappings of religion. I needed a place where the humor healed instead of hurt, where I could take a deep breath and catch my bearings. Too many people have very real doubts about their faith, but threats and childish behavior from others drag them back in. Religion becomes this thing that you do just to shut other people up.

I remember thinking when I was a Christian that Heaven might not be as wonderful a place as I was told. Eternity would be spend worshiping this supernatural being; everything else was allegedly secondary. It physically hurt to think that kind of stuff, because this was supposed to be the reward I looked forward to. Instead, it became the thing that was just a different form of torture at time.

Eventually, I even abandoned the belief that I would ever get to Heaven, despite all that I’d tried to do to remain faithful. Knowing the rules, and knowing I wasn’t well enough to obey a prohibition against suicide, made me finally grasp the idea of being comfortable with whatever happened to me. That’s how badly I was involved with my own religious trappings.

Leaving Heaven behind stopped being a bad thing.
If anyone asked me now, and I knew they could handle it, I’d say that Heaven isn’t a reward. It’s a pretty chain, invisible, light to the touch, but heavy on one’s shoulders. Too many people are fatigued by it for no other reason than everyone else has one. Removing it doesn’t change anything. I know this because I did it, and the world didn’t end then and there.

Leaving Heaven behind isn’t a bad thing. Looking back on it, it’s not even that tremendous a thing. It’s just one more step in the pursuit of wisdom.

2 thoughts on “Leaving Heaven Behind”