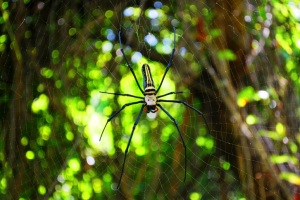 I managed to get through the gathering last night, but by the end of it I needed to get out of there. The whole event struck me as something grim. When the pastor opened things up with a prayer, I was the only person besides some of the kids on stage who didn’t bow my head or close my eyes. The whole tone of the evening was set by the pastor in one line: it’s never too early to teach people to be disciples.

Hymns I used to sing weren’t as uplifting as I remember them.
The children sang one medley of “Amazing Grace” and “Jesus Loves Me.” For those who aren’t familiar with the songs, here’s the first verses of both:

Amazing Grace
Amazing grace! how sweet the sound,
That saved a wretch; like me!
I once was lost, but now am found,
Was blind, but now I see.

These songs are staples for children to sing, to get parents and family members to ooh and aah over a small person repeating the words back to everyone. I get it. I’ve seen these things as a Christian and as an atheist. I know the purpose and goal is just to have a nice moment to watch kids do stuff at a precious age.

Sitting in the balcony in my old church, I felt awful for the kids who didn’t want to be there. Several of them cried hysterically. Most of them were just looking at the daycare teachers for instruction. Enough of them were singing to provide some semblance of a recital. I highly doubt any of them fully understood why they were there singing songs devoting themselves to their invisible deity.

The hymns and songs themselves are not very uplifting if you don’t believe in any of the religious precepts involved. Some Christians reading this might not understand. To them, I’d ask them to imagine teaching a bunch of kids to sing a hymn devoting their souls to Satan. Sit through it quietly while their parents smile and record the whole process, eventually praising them for being such good devil worshipers.

In short, the literal meaning of what was going on disturbs me.
I would feel about as strongly if those kids were forced to sing songs against religions or parrot some sort of other indoctrination. Children at that age have their hands full learning how to speak, eat, and not soil themselves. The cosmos and eternity aren’t exactly on that list.

Yet the literal words of those songs involved kids calling themselves wretches and proclaiming they were the property of Jesus. The seeds of faith are getting planted, and it isn’t being done by accident. Some of those kids are going to grow up believing all of it, taking it to heart, and getting hurt in the process. My only comfort last night was that some of those kids hopefully won’t take it all as seriously as their parents might.

There is such a thing as too young for indoctrination.
Even if a child asked me if I believed in Jesus or any other religion, I’d want to change the subject. The last thing I want to do is force a kid to ponder the philosophical underpinnings of reality when he or she still tries to eat glue. Handling the glue issue is far more pressing than deciding where one’s soul goes.

I don’t know if I’ll ever be able to go back to any religious ceremony again, either. Watching this happen in front of me wasn’t healthy. I want to respect other people’s views, but I don’t want to be held hostage by them either.

I wish the whole thing didn’t bother me as much as it did. There’s no guarantee that any of these kids are going to grow up to be completely fundagelical. Then again, if anyone saw me at that age singing praise hymns, they wouldn’t have known what I was going to go through, either. Nobody knows what monsters come out inside the minds of religious indoctrination. It all just happens with the assumption that everything will work out just fine.

Especially when it doesn’t work out at all.