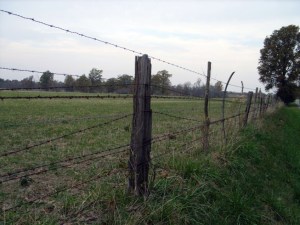 I read this first guest post and its second part by Chris Highland over on the Patheos blog “Rational Doubt.” For those who don’t know Mr. Highland, he has a blog where you can find out more. It was a pretty good read, and I wanted to write down my thoughts about it. Originally, I wanted to just post a comment, but I ended up getting long-winded. Below, I organized my thoughts around several quoted questions in the article. 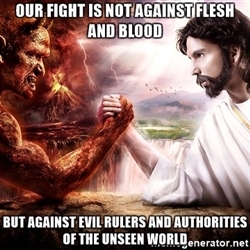 “Can we blame the faithful for getting the impression that the faithless are rather tactless and unkind?”
I can understand why some people of faith might have that impression, and some of it might even be blameworthy. Part of the problem is that atheists (and perhaps other people without faith) aren’t always viewed favorably in our culture (here is one example of bias against atheists in politics). Another problem could be how the Internet shapes discussions. They get relegated to pithy exchanges where onlookers reward participants for how merciless they can be. The last obvious problem is when those without faith choose fiery rhetoric over collegial syntax.

Unfortunately, there is also an intentional misunderstanding of atheists and atheism by some circles of faith. I listened partially to a recorded sermon given by Andy Stanley about atheists and people who don’t go to church anymore. The advice he was giving to his congregation (and the later audience who bought the DVD) didn’t really sit well with me. Atheists were relegated to bitter people angry for invalid reasons and desperately in need of the warming embrace of conversion. While Mr. Stanley spoke in nice language, the effect was encouraging his audience to dehumanize atheists and then misunderstand why they might react unkindly.

I mention all of this to note that preconceptions can sour conversations before they begin. From a high enough view, blame can be laid at everyone’s feet. What I find personally taxing is that although I wish to do something about my own misconceptions, I often find myself in situations with people who express no inclination to do the same. This is one major source of my occasional anger. 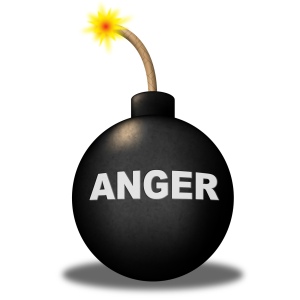 “The choice is, what do we do with our anger, whittle it into a weapon or get more creative?”
This question reminds me of a friend of mine’s t-shirt that read:

“IF I COULD CONTROL MY ANGER I WOULD DESTROY YOU WITH IT.”

Certainly the comment section of the post had a few people who chose weaponized anger. Most of them were unintentionally illustrating why it’s a bad thing. For example, some comments didn’t refer to conversations with religious people as conversations. They were battles, wars, and struggles. In the U.S., these words do carry the heavy weight of implication. Few of those implications are kind.

I can understand the urge, though. Interactions with caustic members of faith are consistently unpleasant – especially when unsolicited. To be ignored, misrepresented, and ultimately talked down to is a dehumanizing process often undertaken with no other aim than to reinsert a person back into the fold. Or worse, simply to wound people outside the tribe. This sort of anger poisons the well between people who otherwise might get along.

To be clear, this isn’t an excuse or justification for such anger. Rather, it’s an explanation. Anger is a fire that can feed itself. That fire also gets fed from the occasional outside source, like the recent exposure of sexual abuse in the Southern Baptist Convention. Bearing witness to that sort of harm is difficult to do without being angry. From there, the fire can burn brighter.

I don’t think this fire exists simply because people disagree on the existence of supernatural beings. It exists because two radically different ways of looking at the world yields perspectives of critique that the other might miss or be oblivious to. One of those groups has enjoyed many privileges over others for many years, and that difference in power adds to the mix. It would be like coming across someone who still practices bloodletting as a medical cure. One can’t physically stop the person, and the shock of witnessing it is frequently unbearable. 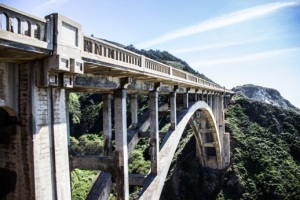 My final thoughts.
Ultimately, I can see Mr. Highland’s points he raised in his posts. I don’t think many people can disagree with wanting to maintain good and healthy relationships with people who think differently than they do. Those lofty principles are difficult to maintain in practice.

The difficulty, I think, mostly stems from disparate power between secular people and religious people. In some ways, “evangelical atheist” is a term used by some Christians to dismiss all atheist criticism. Christians can get away with this for no other reason than social privilege. To let Christians create, use, and define this term yields that social privilege.

Furthermore, I think conversations can only exist between equals. Wherever there is a difference in power, mutual understanding is tainted. Thus, promoting conversations requires first promoting an equal footing on all grounds with others. While I think that equal footing does exist in some parts of the United States (as one example), I can definitely say that it does not exist everywhere.

That said, I think the goal of conversation should be kept in mind even in areas where power is unequally held. This is something I learned from my days in mediation training. At some point, one has to ask what one’s ultimate goal is. Acting without this in mind is a pointless endeavor. It would be burning bridges for no other reason than to set them alight.

I cannot speak for the motives of others, but I do wish to someday be on mutual footing with others. Right now it’s not a pleasant experience. Sometimes I see and hear things from the faithful that are more than a little disappointing. But I do recognize that there are other people of faith that I do respect, and can agree at least that we should always find ways to treat others better.