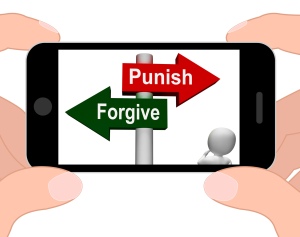 As someone who used to believe and rely upon a view that supernatural forces were at work upon me, it’s hard to be forgiving of who that person used to be. It’s like being fooled by a magic trick and then figuring out how it’s done. There’s a bit of regret, as in, “How could I have let myself be fooled by something so easy to fake?”

The analogy is apt. Regret doesn’t take into account the magician’s training, or the effort put into designing something that will delight an audience. Likewise, my current views tend to gloss over the amount of pain and time and struggle to put those beliefs in my head in the first place.

As I’ve recently admitted elsewhere, I still have occasions where I engage in habitual religious thinking. I’ll start looking for a pattern of divine intervention and then catch myself. Sometimes I panic, wondering if my brain’s giving up the ghost and casting me back to the wolves. Then I take a deep breath, chill out, and remember that it’s all conditioning. There’s no moral blame in it. It just is.

This level of patience with myself isn’t something I always possessed. My default way of self-criticism is to berate anything bad that I’ve done. It’s taken therapy for depression and anxiety to give me the tools I need to cope with my loss of faith. There were fears that the world was changing with my views, and the fears of dealing with conditioning and habits that would not go away in an instant.

But it’s something I’ve needed. I never learned how to be okay with my personal failings when I was a Christian. It was assumed I could just give those to a deity who’d take care of me. What happens when I didn’t have an invisible friend to hand all my problems?

Turns out, I had to start facing them. It’s not always pretty. It can be messy. I’ll pick those over my earlier miseries any day of the week. Beyond that, I have to remember that patience and kindness to myself are more important than censure and blame. Belief isn’t something I survived.