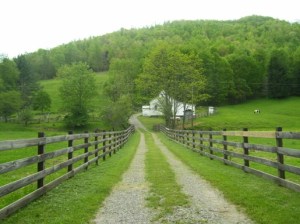 For the longest time, I had a view of people that we are all broken, flawed, and miserable. People are destined to fail at everything. There’s no hope to change any of it.

I don’t like that perspective, because it’s a negative perception of people. It assumes the worst in everyone, including myself. If I mess something up, it’s not because it was supposed to happen. Things just happen, often for reasons that aren’t readily apparent.

That said, I’m not in a rush to find some new dogma or doctrine to tell me what I should think of others. Not everyone is a paragon of virtue or an archetype of villainy. Sometimes people are simple, and sometimes they’re complicated, and sometimes they’re just pretending to be one or the other. People are not obvious creatures. How we present ourselves to the world is only one part of who we are.

What I want is to be able to look at things as they are, not as others might wish them to be. I don’t know all of what that means. Part of it is not wanting to assume the worst from people, or assume that they’ll let me down in a way that will hurt. Another part of it is wanting to see the actual best that people have to offer the world around them. I can’t do that if I’m focused on the negative parts of humanity.

3 thoughts on “My Perception of People”