Author’s Note: You can read part one here.

Last time, I cited an example in an article of fake humility and how it tries to engender credibility while discouraging dissent. The next part of this article contains the next part of gaslighting: sowing doubt. 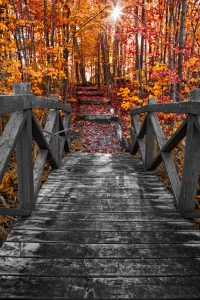 The bridge from friendship to doubting yourself.
The author, Mitch Stokes, goes on to say:

Like you, I’m a big fan of science. Scientists are genuine heroes (I’m particularly impressed by physicists). But hasn’t science — surely an impressive source for what we know — shown that there’s no God, or at least that God is unlikely?

…[I]t’s still not clear that science — whether neo-Darwinism or relativity or quantum field theory or M-theory — gives atheism much actual support by telling against God’s existence.

Suppose that all these theories are entirely true. Surely an all-powerful being like God could have made the universe using the very objects and workings described by these theories. If there were a God, he could have easily guided natural selection and made sure that there were the genetic variations needed for the right evolutionary paths. He also could have created an enormous number of universes by way of quantum fluctuations, making sure that at least one of these universes resulted in us. There’s no necessary inconsistency between belief in God and our current scientific theories. 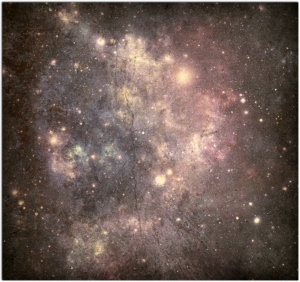 Wait, where in the Bible does it talk about relativity?
The author isn’t referring to the lineages in Genesis. This is fanfiction, a potential explanation that doesn’t quite fit into any part of the Bible – Protestant or Catholic. It’s the equivalent of Dante’s and Milton’s epic poems regarding Heaven and Hell.

Genesis doesn’t start with, “In the beginning, God made the universe and had to wait for it to cool down. Then he picked a planet out of the many to choose from, went there, and started work.” No quantum theory haunts the pages of the New Testament. M-theory didn’t make it into the final cut of the Apocrypha.

I can’t stress how important this is. It’s something I used to do quite often to justify my faith. Instead of keeping to the strict text of my religious manual, I had to go into things that weren’t specifically prohibited by my biblical understanding. When one can’t find a chapter or verse that speaks on a matter, one has to retreat to some other justification. 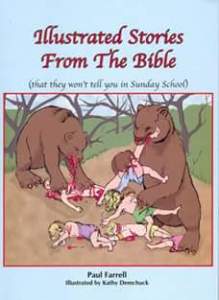 All of this distracts from an important criticism.
As John Zande is oft fond of saying (and I’m paraphrasing here), “There’s nothing new or useful in the Bible.” Jesus didn’t tell anyone about germ theory. Adam didn’t practice medicine in the Garden of Eden. Even some of the gentler teachings about love in the New Testament can find origins in other faith traditions that predate Christianity. And Judaism doesn’t hold the copyright for some of its stories – Noah was in Gilgamesh way before he had an ark.

More than this, all the claims of divine fact (miracles, signs, wonders, etc.) are contested by scientific inquiry. A person doesn’t die for three days and come back with a whole body. People can’t summon bears to maul unruly children. Nobody in the age of Internet video has summoned forth a raging fire on a wet altar. And linguists haven’t found evidence of a universal parent language – and its accompanying Tower of Babel.

In short, science demonstrates a lot of the things some Christians claim as true – resurrection, specific miracles, and other wonders – just don’t happen the way the Bible says it does. At best, they’re antiquated perceptions of legitimate phenomena. At worst, they conflict directly with what ordinary people encounter in their lives. 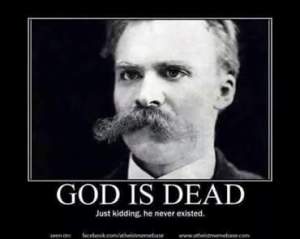 Turns out there are some decent reasons to doubt.
If people claim to be brought back from the dead, I’m going to have questions. If these people existed thousands of years ago, I’m going to have more questions. These are normally understandable when directed at things outside Christianity. When it’s Christianity itself, all of a sudden it’s okay to add hypotheticals to the back of Revelations.

These extra ideas don’t wash away what science has done to test modern faith claims that have impact on fact.