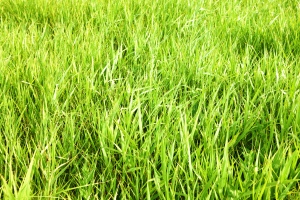 This is not my garden, but it is an accurate depiction of what it looked like.
Image courtesy of Stockvault.

As of yesterday, I have most of the garden liberated from invasive species. The crabgrass has wrapped around some of the plants, as if it knows I have to be careful or the peppers will suffer alongside it. I have to unwrap each plant and then extract the offending organism with a vengeful pull.

Although the weather has supposed to dropped rain on the garden, none has made it here. In the previous years, the summers have been unusually wet. Now I must get the hose out and let the plants drink as much as I can give them. Today, I intend to let the sprinkler run for an hour or so after I take the last of my indoor plants outside.

The weather has partly been to blame for the delay, but it’s also been neglect on my part. I neglect things when my moods are unstable. Now that the rest of my plants will go outside, I won’t have obvious indicators that things are troubling me.

Already I am contemplating some plants for the fall. I think if I put some lettuce and carrots out, it will cool down enough to let them grow in peace. Frost isn’t much of a thing where I live, typically in February or maybe March. Even then, it’s not the kind of frost that other places are used to. Think of it as a light dusting of ice that will melt in an hour or two. It is not the cold fingers that hold onto green things for days and weeks at a time.

There have been sufficient blackberries this year for at least one cheesecake and a few other projects. I do not know all of what I wish to do with them. So far, five pounds (about 2 kilos) have made it inside. Many more berries haven’t ripened yet. The thornless Natchez berries are the ones I’m most eager for. At peak ripeness, the berries are perfectly sweet and tart and burst with flavor. Before I had them, I was just okay with blackberries. Now they are something to look forward to in the summer.