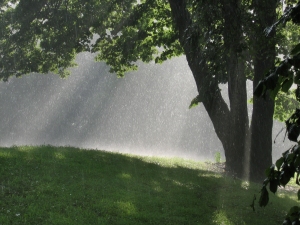 In many ways an idea is like growing a plant. It takes effort and determination. A little bit of understanding helps. An idea might grow on its own, or it may wither on its own. Sometimes, nobody will know what an idea will do until it reaches some sort of maturity.

Many of the ideas that I have cultivated over the years have been wrong. Some of them I can explain, because some wrong ideas can persist without much effort. They’re easy to share, or they rely on ignorance. In hindsight it’s easy to tell that these things were wrong. But hindsight requires getting past whatever one is looking at.

I am always concerned about this. It’s part of anxiety and depression, I think. Instead of something fictional to berate myself over, I have a legitimate worry. What ideas do I tend and cultivate that are just wrong? What does that cultivation tell people about me?

Many people don’t explore this enough. Maybe it’s a gift, or maybe it’s just a normal consequence of living. Spending time worrying isn’t healthy or fun. It can trap a person in place, sinking ever deeper into the mud.

Where is the balance? My last post, I ranted a bit about rich people. It’s tough reading those words, reliving what I felt. I don’t want to dislike people, but I don’t want to have their failings hurt anyone, either. Sometimes it feels like there’s no right answer to any of this.

People just make mistakes from birth to death. Some people learn to accept them.

I don’t know if I’ll ever accept mine.