Yesterday I had my first meeting with my new therapist. After the appointment, I hopped in my car and started driving home. Less than a minute into the drive, I got the weird feeling I usually got when I was religious and I’d pray to let the Christian deity know I was grateful.

That still happens, years after deconverting.
Of course the thought process struck me immediately as odd. Here was this idea hidden in my synapses ready to fire off whenever the conditions were right. It didn’t matter that I don’t think deities exist, or that I haven’t been religious for years. Just as with any learned behavior, it can still hang around in the attic of my brain and fall down, making terrible noises.

At first I felt a little embarrassed, followed by a lot of frustration. Unlearning bad things – and cosmic gratitude wasn’t a good thing as I learned it – has been a solid effort of mine for almost five years now. I had just got done explaining to a complete stranger that this was the case, that echoes of what happened five years ago still has me worried to be on my own. Feeling like I should express gratitude because a meeting didn’t go to shit in five seconds isn’t an idea I’d entertain.

Unlike when I was religious, I then pushed past the initial reaction and started thinking about it. There have been times when I’ve felt frustrated telling people of my fears. My pessimism says they’re irrational. However, if I can have complete nonsense rear its ugly head randomly, then it means there has to be some legitimacy to my other worries. What else is lurking in my mind that might encourage me to hurt myself? Am I really becoming a stronger person, or am I just polishing the silverware on the Titanic?

On top of this, I have a concrete example of how hard it is to unlearn something absurd. I don’t pray, pretend to worship anything (I apologize to people who say atheists worship themselves), or have any desire to remotely entertain notions of cosmic woo. There is still a part of me that’s conditioned to recognize good fortune and downplay it by registering it as a gift from something else. 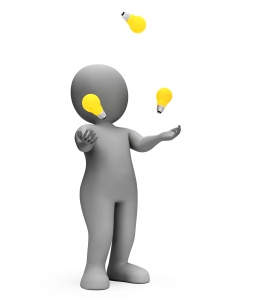 And it’s kind of a big deal outside of my mental health.
Some fundagelical Christians maintain that atheists can’t celebrate Thanksgiving because it’s logically inconsistent. Then there’s the not-completely-accurate attempt of some people to say that atheists totally can and should feel this thing called thankfulness. I know some secular pundits who might try to sell the idea of general gratitude or thankfulness as being okay (Richard Dawkins was quoted to this effect in the Washington Times article; to be fair, he’s not the best person to ask at times).

Because I come from a background of believing in the Christian deity and can remember what it felt like, I do have a problem with trying to force people to take a stand on cosmic gratitude. It sidesteps a greater point, that a person can acknowledge life’s victories without having to owe anyone for them. Gratitude is appropriate when someone confers an actual benefit to a recipient. Without intending to grant that benefit, gratitude loses all of its meaning.

Growing up in fundagelical Christianity, I can say that gratitude gets warped to the point where any benefit has to be given over to Jesus, Yahweh, or the Holy Trinity. What this does is create a need for people to constantly reject the notion that they can earn good fortune. Nobody complains about gratitude when someone earns something. Religious gratitude, the kind I was taught, essentially robbed me of earning anything. 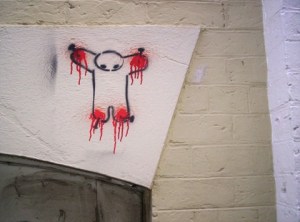 So the subject is still a little raw.
It should be, and it should be for anyone who was forced to give everything they might have earned in life over to someone or something else. Because while I was limited to just getting my mind wrecked, there are people who get this kind of abuse to the point that they literally feel like they should give everything to people who don’t need it. Don’t believe me? Just look up “prosperity gospel,” “Creflo Dollar,” or “Joel Osteen.”

This kind of thing hits people in different ways that they might not be able to recover from. Regardless of how it hurts people, none of it is justified when it causes harm. Gratitude, like respect, has to be actually earned. If a stranger walks up to me demanding my thanks, they’re going to get disappointed.