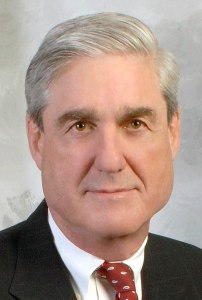 Friday, Special Counsel Robert Mueller submitted his report to the Attorney General(“AG”), William Barr. It was the culmination of two years of work. Here is a Frontline documentary which details all of what happened, and the events which gave rise to the investigation. The AG released a summary of the report. People in Congress expect the full report to be made public, absent any portions which are sensitive to national security.

No prosecution was recommended.
There were two points which Mueller covered. Both of them were addressed in the summary. First, Mueller concluded there was no criminal conspiracy or cooperation between Russian nationals and President Trump’s campaign (Barr letter, p. 2). Second, Mueller considered possible obstruction of justice matters against President Trump. Under this point, Mueller did not reach a conclusion (Barr Letter, p.3). Rather, he left it open for the AG’s determination (Id.).

What this means is that the AG isn’t going to do anything regarding the facts contained in the report. That’s not too surprising. Because the President is still in office, impeachment would have to occur first. On that note, Congress has expressed interest in the entire report for its own findings.

Regardless of what happens now, the Mueller investigation is concluded. It yielded many public indictments, plea deals, convictions, and some ongoing cases. Those cases – because some of it might be in front of a grand jury – might limit what can be disclosed to the public. It’s actually a sign that the process is working, and Mueller did what he could do to the people responsible.

I don’t think impeachment is appropriate.
Some of the reasons I won’t go into. Suffice it to say, I think that Mueller has done enough to land the President in handcuffs as soon as he leaves office. Whether it happens or not depends on how soon President Trump returns to being just Donald Trump.

Impeachment proceedings would just generate sympathy for someone who, at the least, was told about a foreign power’s intent to interfere with our domestic elections. To be clear, I’m unaware of any duty to report such conduct. That said, someone who wants to defend U.S. interests should at least try to defend them as a candidate. Such consequences are political, and I think it’s entirely appropriate to keep them political.

Even if the President doesn’t get convicted of any criminal wrongdoing, I still think it’s more important to focus on what information is already public. Mueller discovered and revealed through indictments and court filings a conspiracy by the Russian government to interfere with our election process. His investigation is a watershed moment in our history; it shows how we need to be aware of foreign entities who wish us harm.

Bottom line: the process worked.
Investigations like these aren’t guarantees of impeachment or even prosecution. Instead, they find out things which are in the public’s interest. What the President has done in the past two years fits squarely in that interest.

If anything, the investigation will help explain some of President Trump’s behavior. He saw an advantage with the Russians. His campaign was smart enough not to get in Russia’s way. All of this is now public knowledge. And it’s the public’s duty to determine what should happen next.

Maybe Congress needs to do more in election law to protect our elections. Clearly not every campaign will act in the public’s best interest. This is something that can get fixed without having to decide whether the President acted poorly or not.

In the meantime, the onus is on Congress to be responsible for this. Parties can turn this into a circus, but I think the public doesn’t have the stomach or the inclination for that. Only people on the extremes want a pound of flesh. As for myself, I’d be happy to go a long time without looking at anything political.