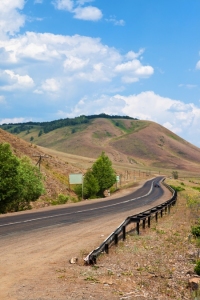 I don’t know what this picture has to do with anything. However, I can say that I found it here at Stockvault.

This blog is supposed to be a time capsule of sorts, a repository of a human being who might leave the world with unanswered questions. But I don’t often get to put the stuff I really care about up here because it can get boring. Who wants to read about world peace? It’s complicated. And if it wasn’t, everyone would be doing it.

And I really don’t have answers, either. Just questions that I think should be asked. Like, why aren’t we working harder to stop organized violence? It’s not just armies that hurt people.

As a student of history (I minored in it in college), I tend to view human achievement and events as a series of decisions and consequences. Some of them have small ones, like a rock thrown in a pond. Others have big consequences – like putting boots on the moon. The common thread is that most of these decisions have unseen consequences down the line.

Because of that, it’s hard for people to do a thing and know if it will haunt them later. Everyone needs certainty if they’re going to make meaningful decisions. That certainty doesn’t come easy, if at all.

Against this pessimistic view, I have to at least acknowledge that people can come up with solutions to some of the big problems that ail us. Those solutions don’t become widespread until enough people understand them. Take smart phones for example. Nobody’s forcing anyone to use them. Their utility is self-evident.

The same thing goes for acts of kindness. Collectively, our species isn’t reliably good at kindness on a massive scale. But there are moments when people can sit down and not look at each other with dubious concern. The change happens slowly, and it’s not always an improvement.

And people have this ability to find a way to get there.