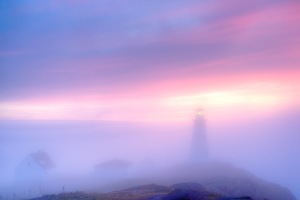 One of the things I used to wonder about my old faith was whether I had a real choice to be involved in it. This can be a big deal to deconverts, since the question itself turns on a lot of important issues regarding indoctrination, coercion, and illusion. Many people I know believe that being a Christian here in the Bible Belt isn’t a choice at all. It makes sense after a fashion, because there is an oppressive weight which pushes millions of people into churches. Despite this, I still think that I did have a choice.

I just couldn’t see it.
Growing up in a church, there was hardly a Sunday that went by without me attending Sunday school or church services. Even in my home life, I got exposed to many biblical stories and ideas about how the world worked through a fundagelical interpretation of Christian beliefs. Too many times, I’d be presented with a religious lecture concerning daily living. Every time my mind started thinking of things in secular terms, I’d be guided back with religious ideas.

The process started before I could even knowingly or voluntarily make any decisions at all. Some of my earliest memories are of church meetings in Oklahoma and Germany, where I’d get to sing with the other kids and do Jesus-themed projects in a Vacation Bible School. While I still thought Santa was real, I was getting told about angels and demons and spiritual warfare. Until I started going to school, I had no defense against any of it.

Even going out and meeting more secular-oriented families wasn’t a pure beacon of light in the dark. Instead, it was more like a distant lighthouse letting me know there was a shore out there somewhere. I still had to row myself to safety, which isn’t easy considering I had many voices telling me I was just fine where I was. In this way the choice is there, but making it is incredibly difficult.

The lawyer in me says that might not be a choice.
In law school, the two defining characteristics of a free choice are that it’s made knowingly and voluntarily. What I just got done describing above is a system which inherently avoids letting people make a knowing or voluntary decision about staying or leaving. On the inside of my faith, I believed there would be real consequences if I didn’t hold everything I’d been told as true. Worse, I might be leading other people to terrible ends if I didn’t provide a good example of Christianity to others.

However, other people had been given similar treatment as I had, and not all of them remained faithful. When they saw an escape from taking every Christian teaching seriously, they took it. Some of them even took it far enough to get out entirely. In their case, they were able to make a knowing and voluntary decision after appreciating all the facts. They were able to do this in spite of all the coercion I mentioned. Moreover, even I was eventually able to do the same thing (albeit on a longer timeline).

So which is it then?
I think the best answer is that there is a choice for people, but it can’t be made if one isn’t fully aware of what’s going on. Before that, all one has is the tyranny of indoctrination. Unless and until people are given the freedom to say no, the choice is simply not made. It lies there, dormant, an unexplored shore.

Even until quite recently, I felt like something important had been denied to me. Life is so short, and knowledge is too precious a thing to be disguised by people one is supposed to trust. That said, I don’t want to waste my newfound freedom on lamenting my chains. Rather than curse those who kept me adrift, I want to take in the new wonders I have found.